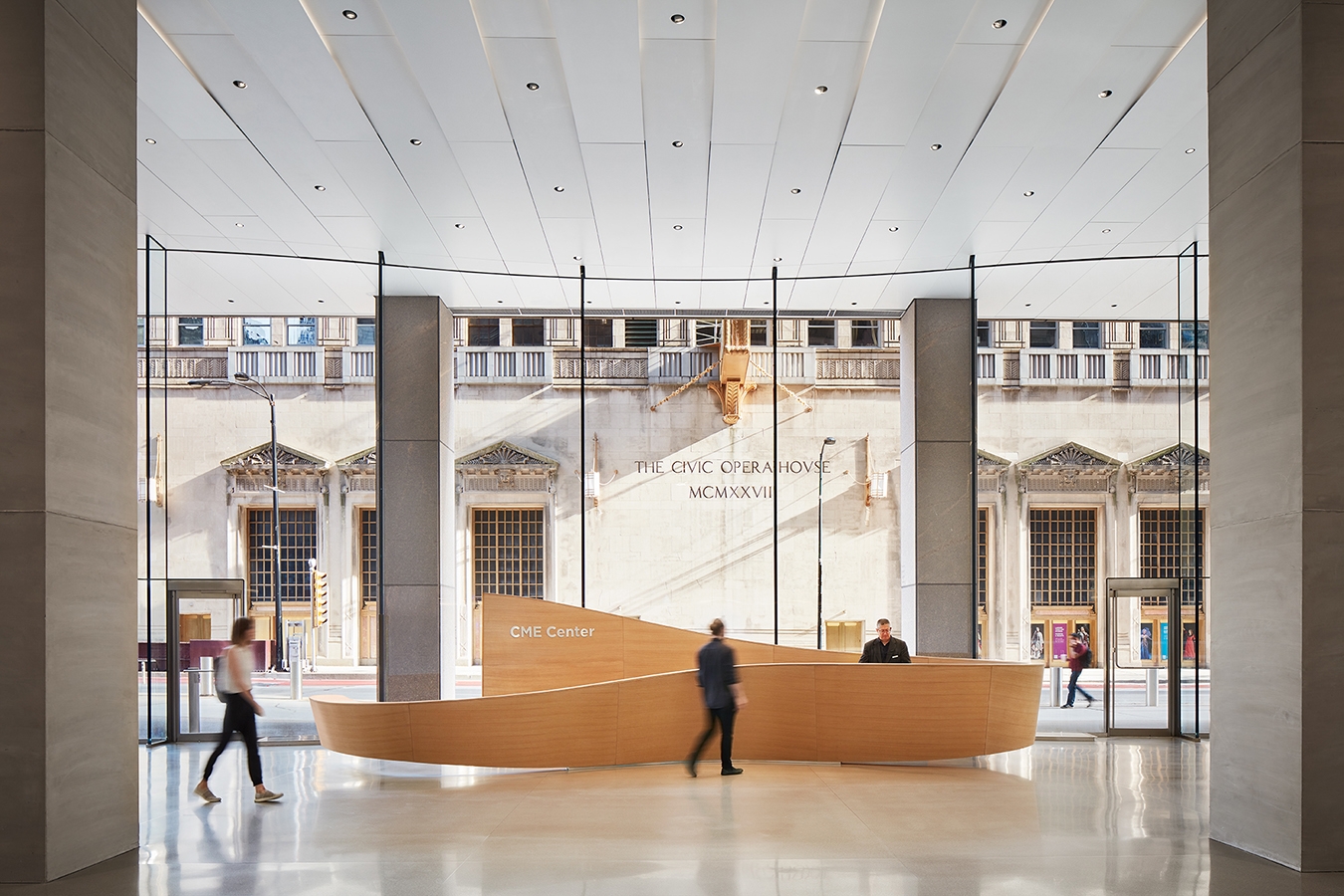 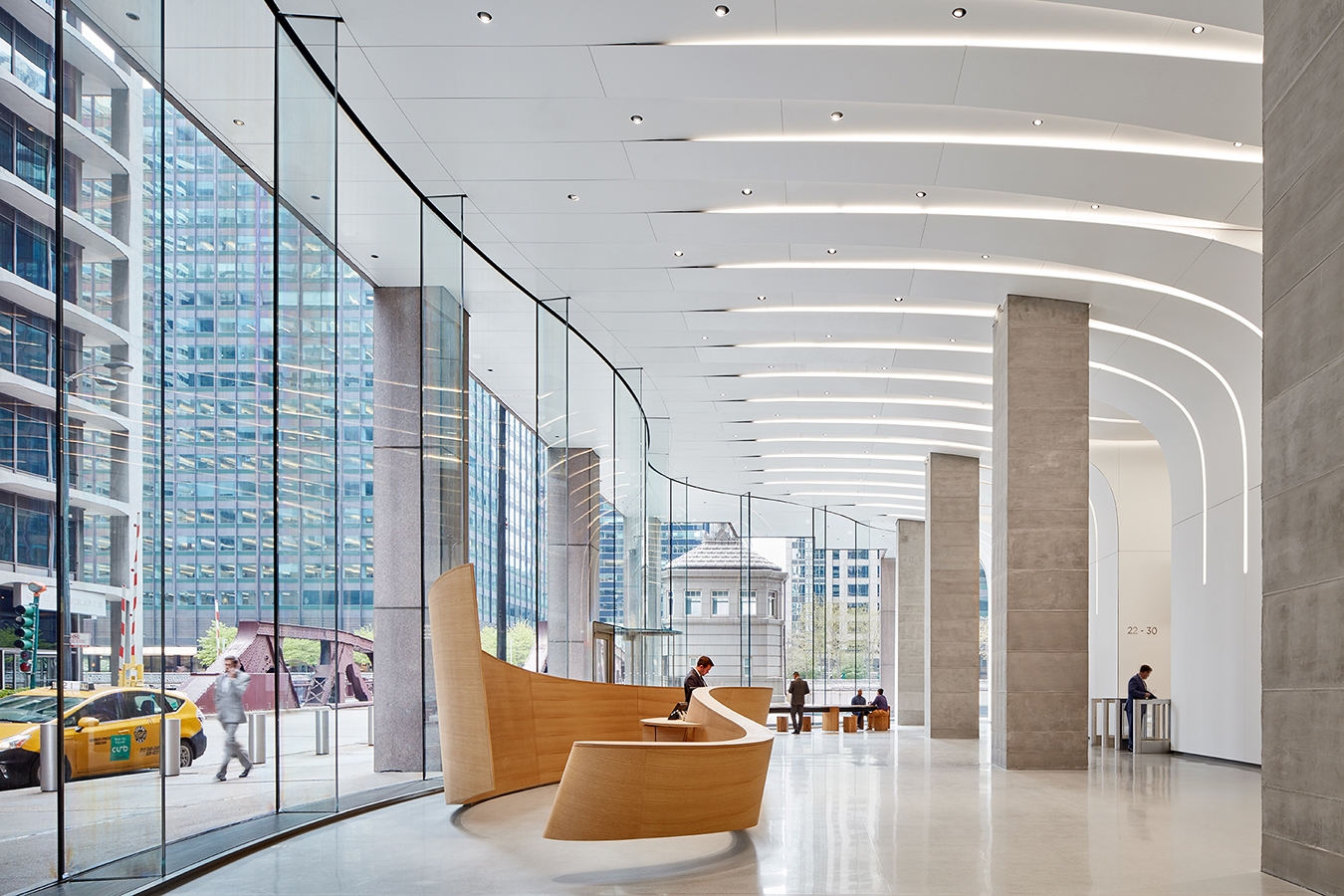 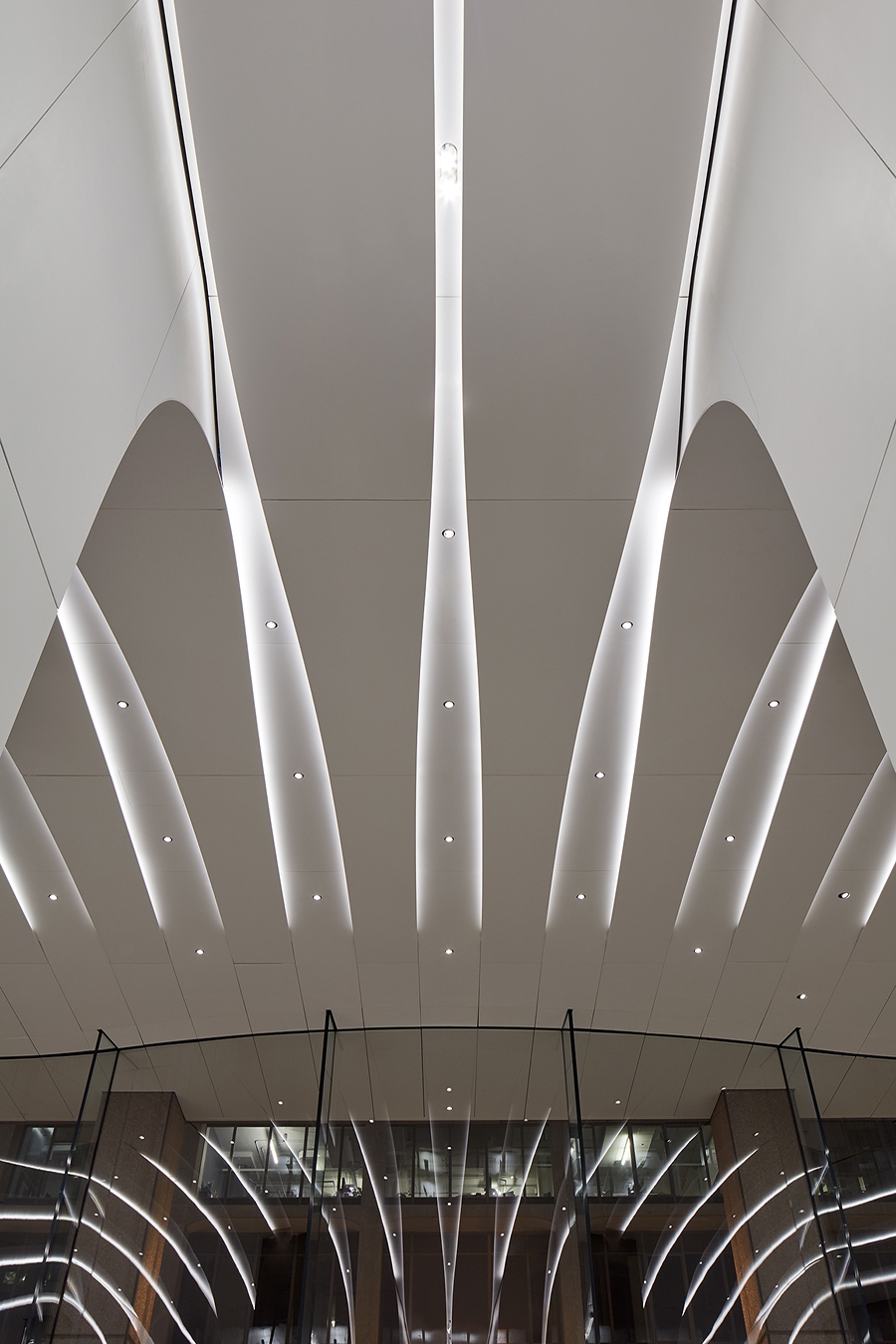 The current average age of non-residential buildings in the United States is approximately 35 years.

These buildings, which exhibit much shorter lifetimes than residential construction, reach an average age of 50 years before many of them are demolished. Given the high embodied energy of buildings, and low material reclamation, the cycle of construction and demolition is both economically and environmentally costly.

When confronted with under-performing buildings that have high lifetime energy profiles and dated space utilization that no longer reflects contemporary needs, many architects and developers are confronted with the choice between rehabilitation and demolition. Today, many architects are opting for renovation as a cost-effective and environmentally sensitive solution. In fact, the Pritzker Prize winning firm Lacaton + Vassal was specifically rewarded for its sensitivities to existing buildings.

Like many buildings of its age in the U.S., the 40 year-old Chicago Mercantile Exchange Center, or the CME Center, recently faced this dilemma. Serving as a key thoroughfare in Chicago’s financial district, over 10,000 people pass through its block-wide structure each day. However, for many visitors, and its owners, the building was no longer welcoming or conducive to its current use. As a result, the space was re-evaluated in terms of the movement of people, and its relationship with the surrounding community.

The CME Center is unique in that it serves as a central hub for Chicagoans, whether they work in the center or not. It connects two central commuter walkways, occupies part of the iconic Chicago Riverwalk, and brings in thousands of employees every weekday. Despite serving multiple programs, the overall architecture of the original building was focused on its function as a commercial building. Furthermore, the layout of pedestrian movement in and through the building was governed by labyrinthine pathways that snaked across the building and often required exiting and reentering the building to arrive at a destination. With the reenvisioning of the building, Krueck + Sexton rationalized movement in and through the building, aesthetically enhanced the first level lobby area, and better connected the building to the street-level landscape.

While the CME Center was never considered for demolition, the reimagining of its lobby and many of its floors represents a distinctive creative direction for architecture and lighting design that is more responsive to contemporary environmental concerns regarding our current construction culture. Precision realignments that reorganize and refresh existing environments can be as or more compelling from a design perspective than new-build constructions. The design by Krueck + Sexton and George Sexton Associates exists in harmony with the existing infrastructure, while also enhancing the original program and creating a unique design intervention.

The most noticeable improvement in the new CME Center is its updated lobby that focuses on natural geometry and open architecture. Where the space was once defined by a dark, formal vocabulary and heavy granite finishes, it now features large windows and visually-engaging curved walls to naturally separate smaller sections for public use.

The curved façade line also helps remedy the previous labyrinthine layout and promotes more natural flow both within the building and when entering from the street. To achieve this organic structure, Krueck + Sexton observed how people used the space before the renovation, paying attention to the natural flow of traffic and so-called “desire paths” used by visitors (desire paths are paths defined by the preferred line of movement based on visitor interest). With this attention to detail and function, Krueck + Sexton was able to re-envision the CME Center with user interests in mind.

With the increased navigability, Krueck + Sexton hopes to attract more visitors and create a space that the community can utilize. To do so, they incorporated Chicago’s iconic river and strengthened the building’s connection to the Riverwalk. Now, the large windows provide stunning views of the river while the updated design includes an expansion for the building to connect to the Riverwalk itself.

Litelab worked with the lighting designer George Sexton Associates to develop a family of custom downlights that are used throughout the building. In the lobby, this discrete family of downlights is used to provide general illumination based on program, and targeted lighting to emphasize unique aspects of the design. The downlights are also used to balance light levels at the glass facade as a means of reducing glare and reflections from either inside or outside the perimeter wall, allowing clear, comfortable views of interior and exterior spaces.

The CME Center is an exceptional example of updating and repurposing a building to better align with contemporary programs and sensibilities. These types of redesign strategies are particularly relevant in older U.S. cities like Chicago, and throughout the Great Lakes region. These cities tend to have an older stock of buildings, many of which have historical value as early examples of skyscrapers designed by masters like Louis Sullivan, H.H. Richardson and Albert Kahn. With more attention being given to repurposing as opposed to redeveloping, and some architects calling for a global moratorium on building until sustainability protocols for the industry are established, the repurposing of the CME Center is representative of how surgical operations governed by intelligence and imagination can reinvigorate a space.