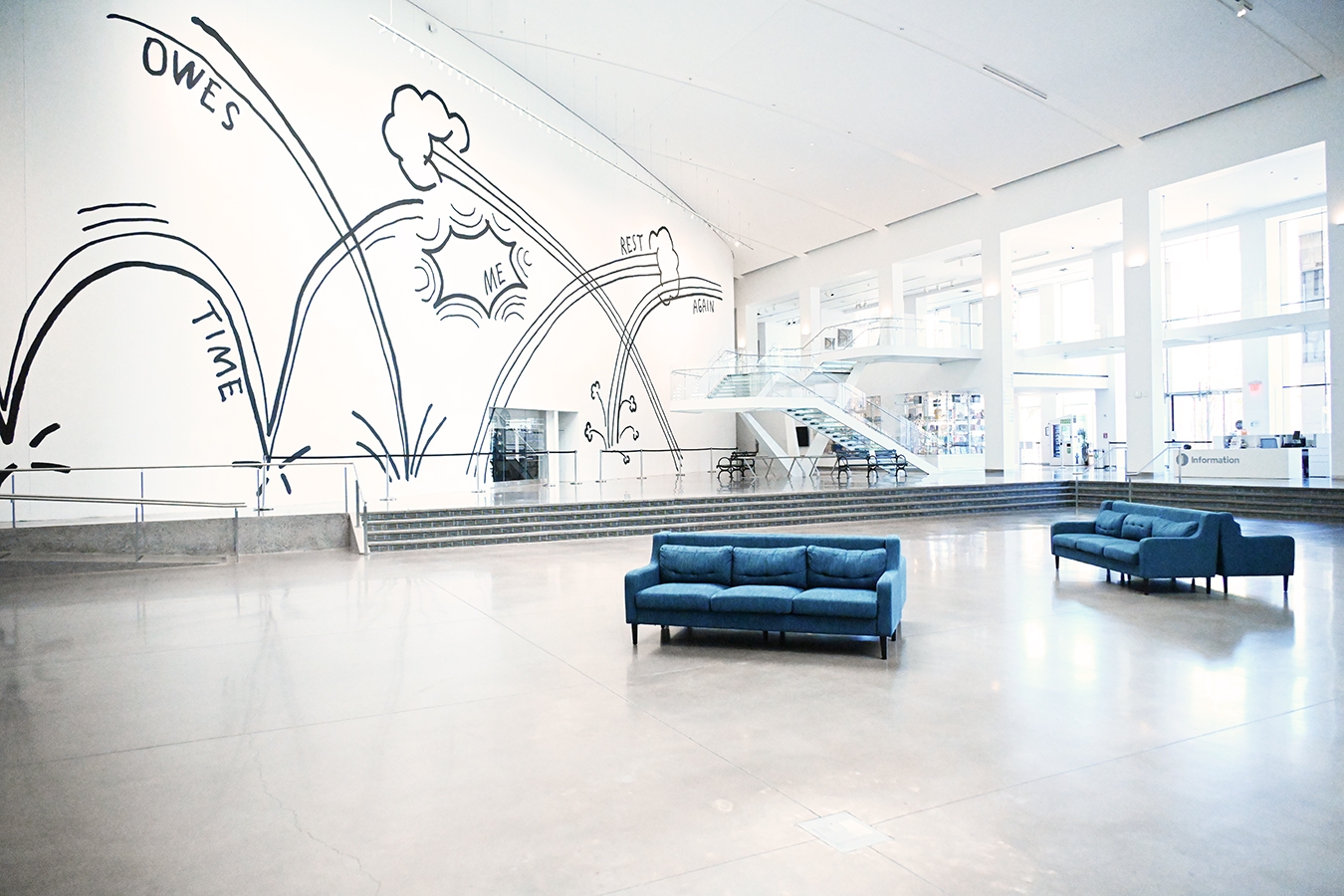 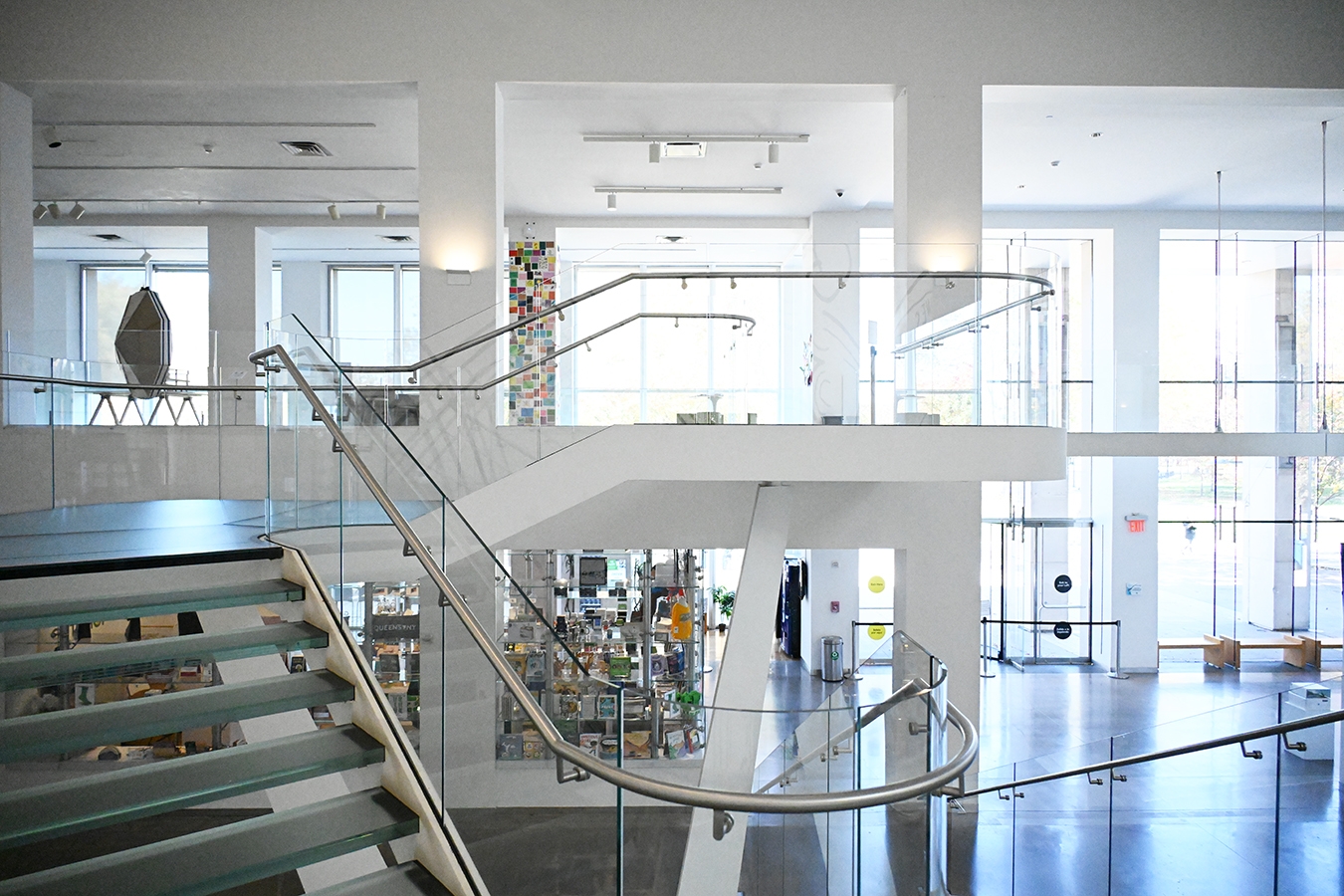 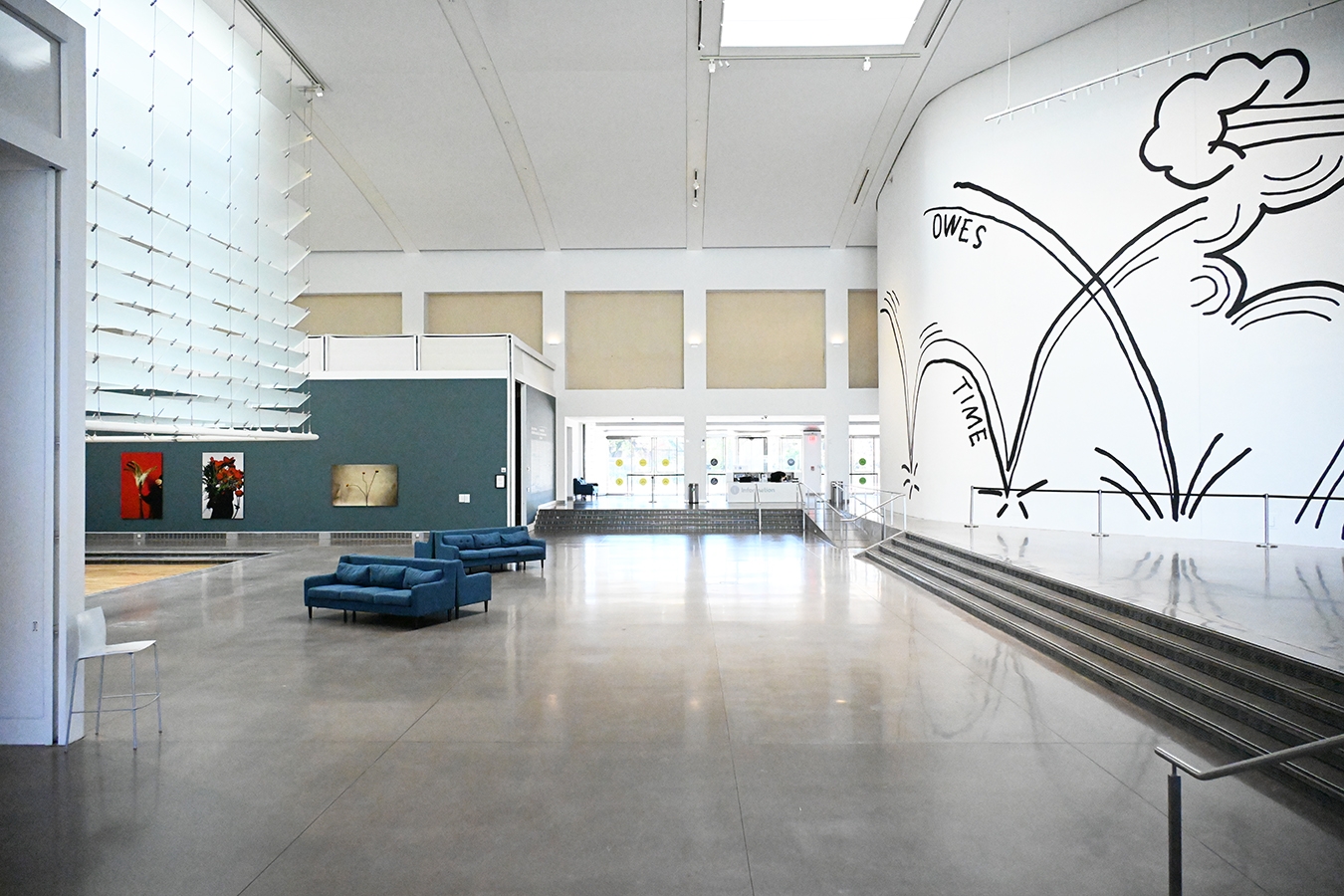 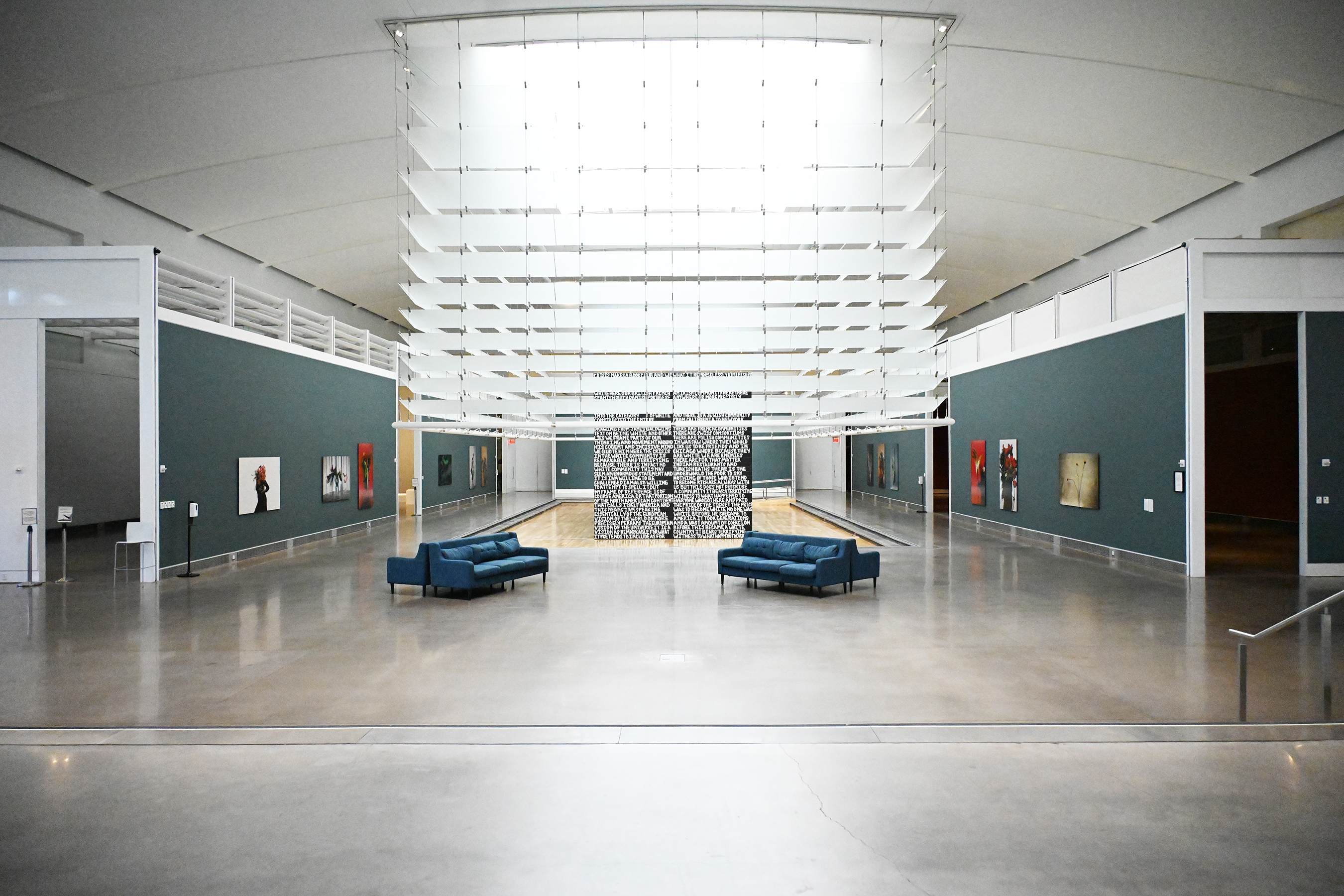 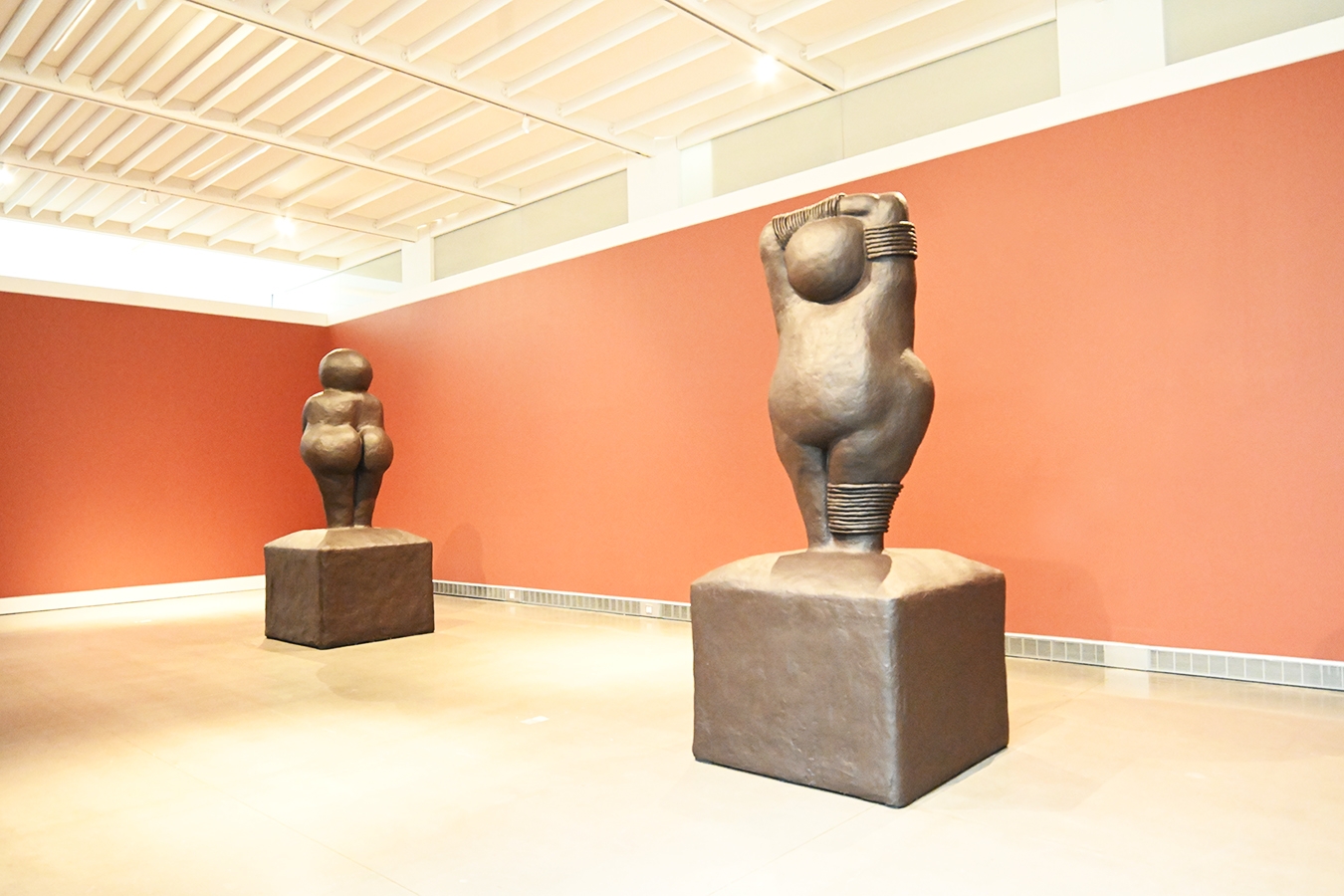 Visiting the Queens Museum is akin to entering a time capsule. Centerpiece to both the 1939 and 1964 New York World’s Fairs, it also served briefly as the General Assembly for the United Nations between 1946 and 1950 before becoming a community center and cultural venue. In 2020, the museum secured a city-based grant to convert the old Halogen infrastructure to LED, premised on the significant energy savings that the conversion would provide.

The space was expanded in 2008 by Grimshaw Architects, who created the soaring 35’ tall space that is the focal point of the current Museum. The original lighting design by George Sexton Associates included a number of high output PAR56 and PAR38 halogen fixtures.

In talking with Brian Balderston, Exhibition Production Manager at the Queens Museum, he commented that before converting to LED, he was replacing 500 Watt PAR56 lamps in the main space almost monthly. In addition to the PAR56 lamps, he was also regularly replacing the 250 Watt PAR38 lamps that illuminated the tall lantern space used for large-scale three-dimensional art exhibitions, requiring a tall lift to reach the fixtures. Time and labor replacing these lamps represented a significant resource commitment, which added to the material cost of changing the lamps, and prevented Brian from focusing his expertise on more challenging questions related to exhibition at the museum.

Litelab worked with the museum to ensure that the upgrade to LED would not only provide the desired light output and energy savings, but would also fall within the budgetary allocation of the grant. Cost, performance, and long-term stability were incredibly important in their decision making. One of the major challenges for the Museum was matching the performance profiles for the very high output PAR56 and PAR38 fixtures, while maintaining very good (90+) CRI.

While there are PAR56 and PAR38 LED Replacement lamps, they do not meet the performance capabilities of the Halogen lamps that they were designed to replace. As a result, in addition to the cost of lamps, there would have been additional costs associated with purchasing new LED Replacement fixtures to supplement the lower output of the old Halogen infrastructure. More importantly, the Halogen fixtures used by the museum did not have any ventilation for LED replacement lamps. This would have seriously compromised the lifetime expectancy of these lamps, leaving the Museum three choices:

To upgrade their infrastructure, Litelab worked with the Queens museum to use a combination of C71, C72 and C73 fixtures, along with a custom high-output M75 fixture that was designed to replace existing PAR56 Halogen fixtures.

With the conversion to LEDs several things happened simultaneously:

First, energy consumption plummeted from approximately 89,540 kWh/year to 9,386 kWh/year. Assuming the cost of electricity is 10.5 cents/kWh, this equals a total annual savings of approximately $8,424.00/year.

Second, the LEDs used have a conservative LM-70 of 50,000 hours, compared to an average of 2,000 hours for the Halogen lamps that they replaced. Since the museum is open 27 hours per week, life expectancy for the LEDs is around 35 years, as opposed to a one year lifespan for Halogen lights. At an average of approximately $15.00 / lamp, with an infrastructure of approximately 250 luminaires, total material cost of re-lamping the space would be around $3,750.00. Over an expected lifetime period for the LED fixtures of 35 years, this equals $131,250.00 in lamps alone, assuming price stability (which is unlikely — as Halogen becomes less common, we can assume the price will go up).

Third, in addition to energy and material costs, there is also the cost of labor to install the lamps. Based on our calculations in Part 1 of our Converting to LED series, labor costs are $5.99 to change one lamp. However, since the Queens Museum of Art has a large quantity of lamps located in a very tall ceiling that require a lift, we will adjust this estimate to account for the use of the lift to about 10 minutes / lamp, which would result in an estimated cost / lamp of approximately $7.50. Labor cost to re-lamp the museum would equal $1,875.00 / year. Again, over a period of 35 years, this would equate to around $65,625.00, assuming a stable rate of pay over that time.

Putting this all together over the lifetime of the new LED fixtures, total monetary savings will accrue to $491,715.00 in energy, material, and labor costs. Remember that the Queens Museum also used grants provided by the City of New York to purchase the new fixtures. As a result, the material cost associated with converting to LEDs would equal the amount of time and effort taken to submit the application. The new installation will also save 2,805,390 kWh over the lifetime of the new fixtures, while reducing untracked costs, like those associated with HVAC loads, especially in warmer seasons. In addition to saving energy, labor, and money, the new installation frees the Facilities and Exhibition teams to focus on other aspects of the museum’s performance and presentation.