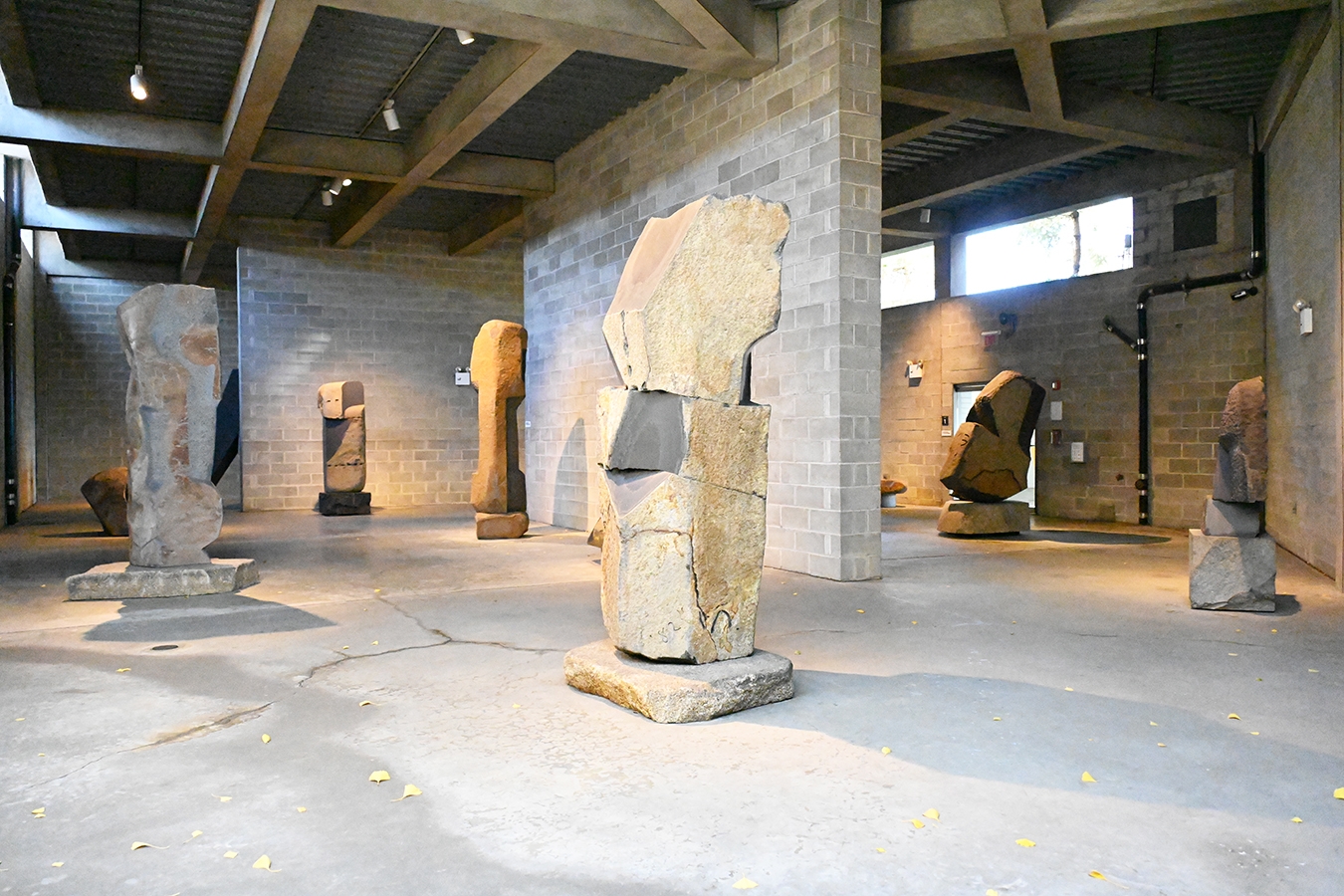 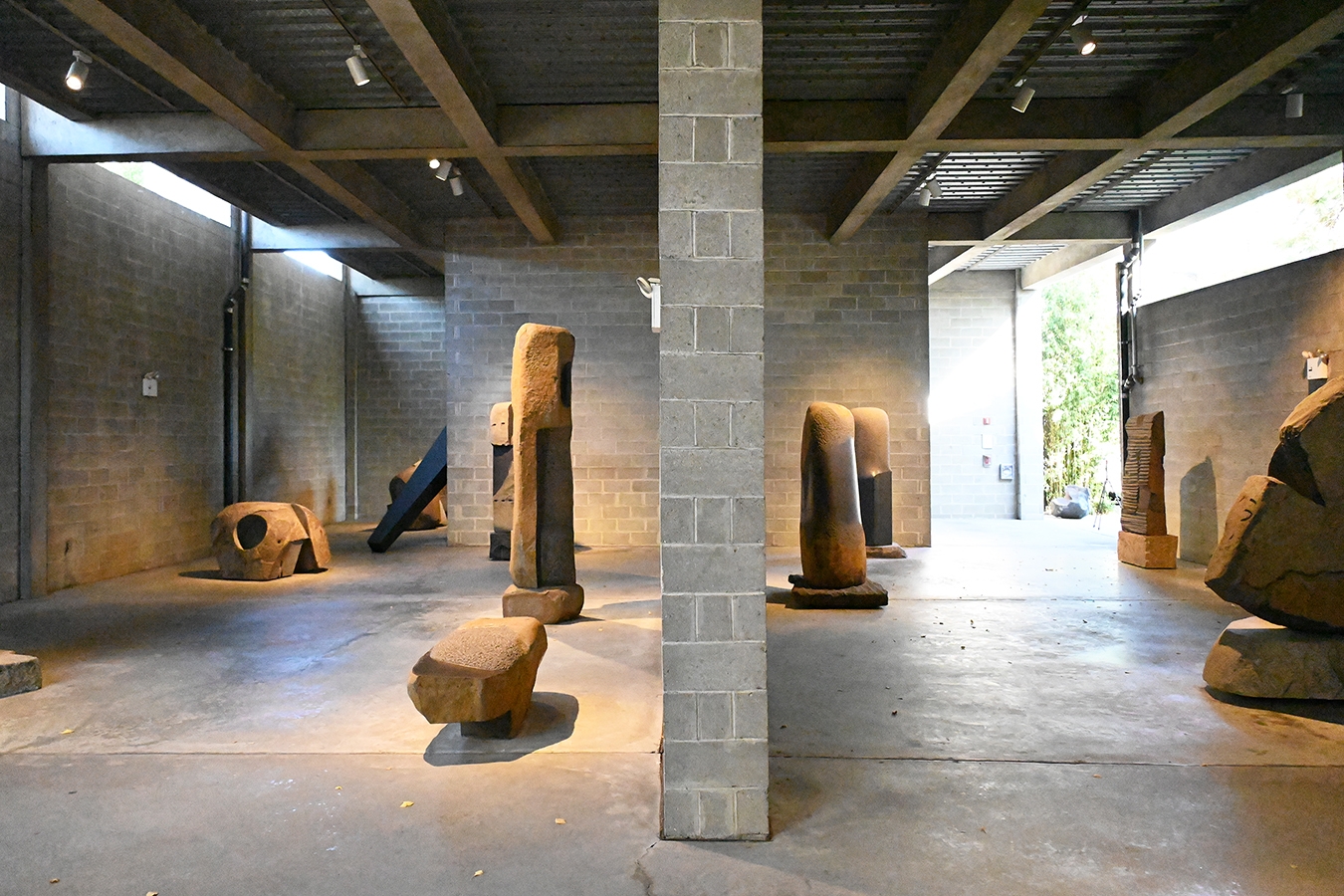 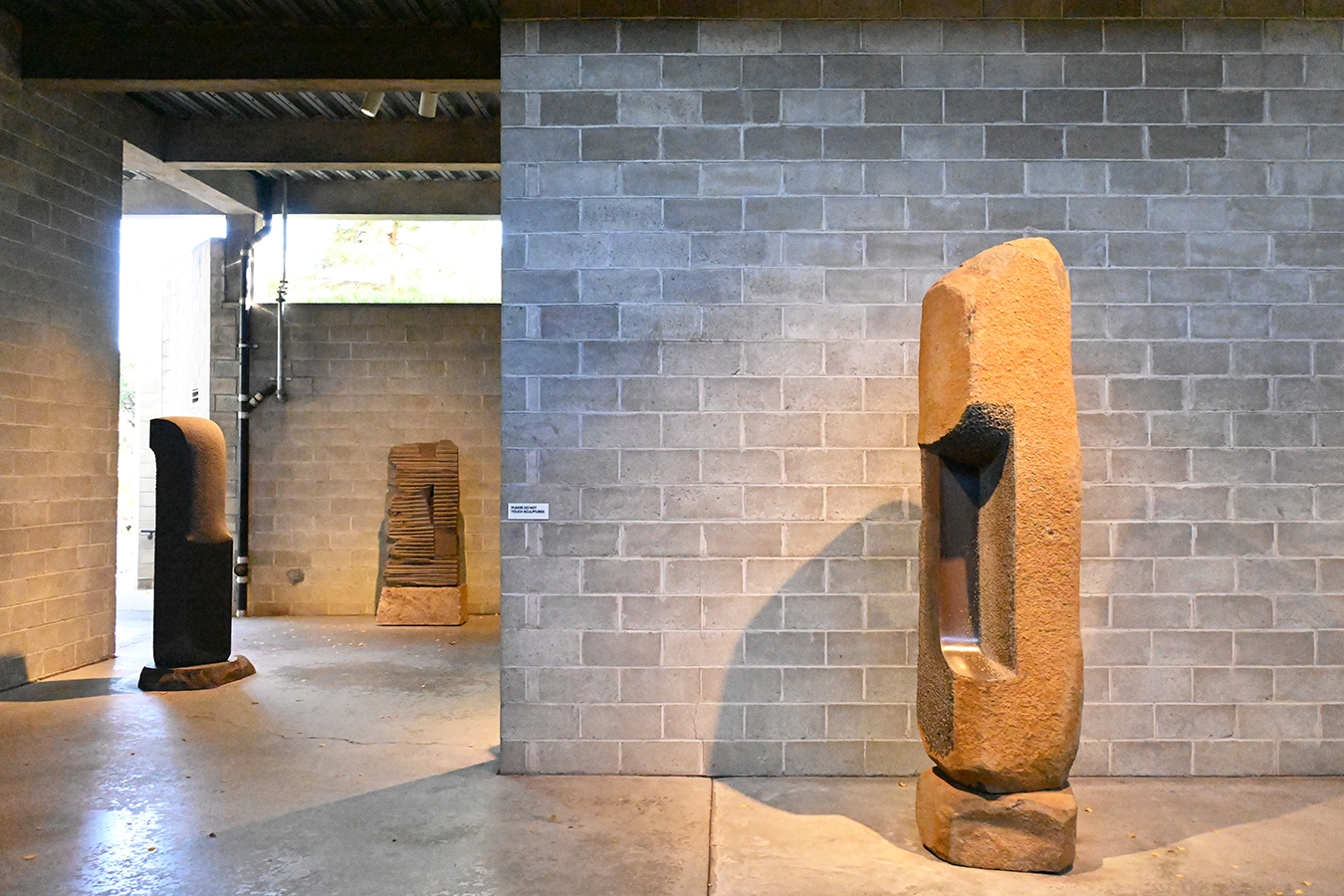 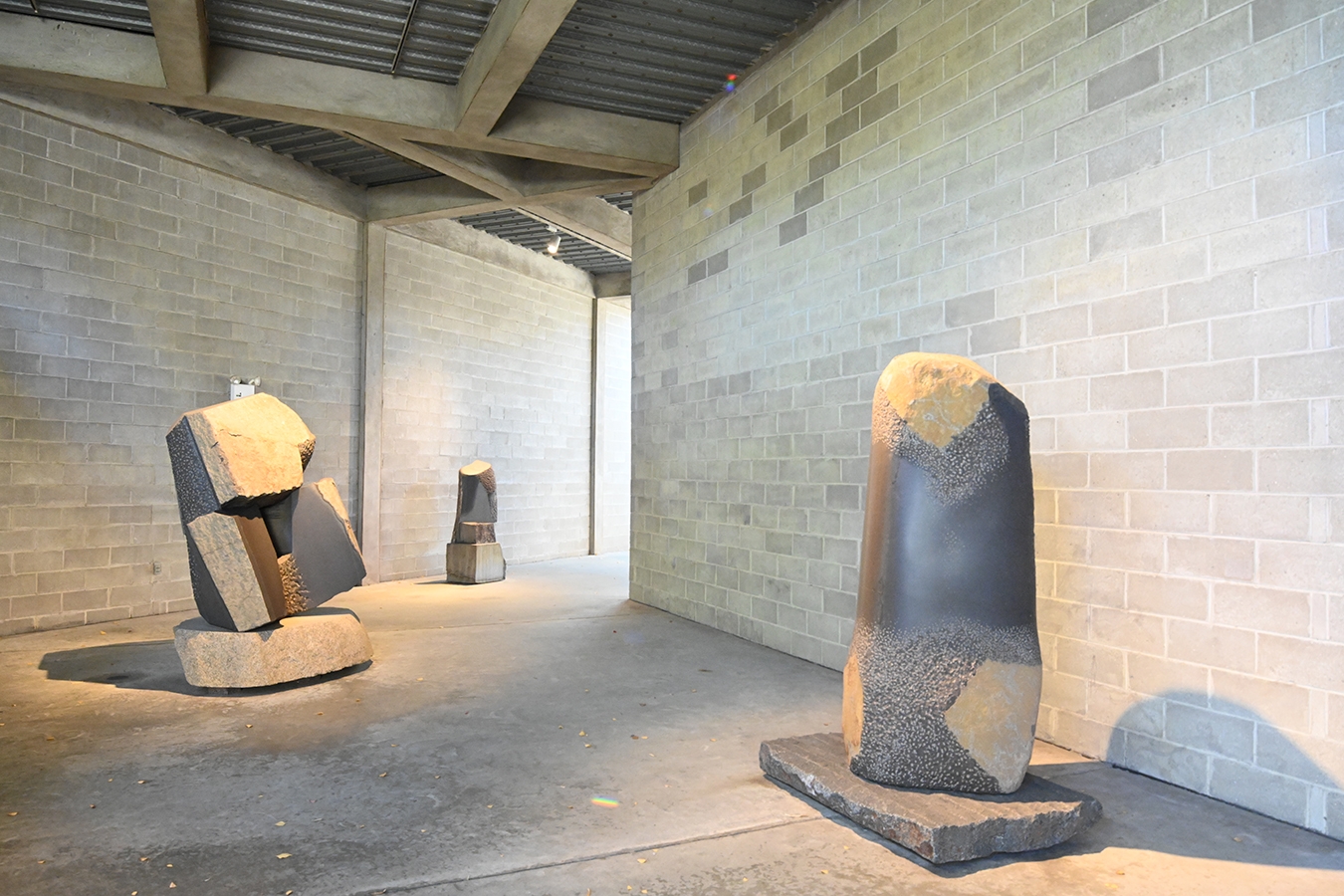 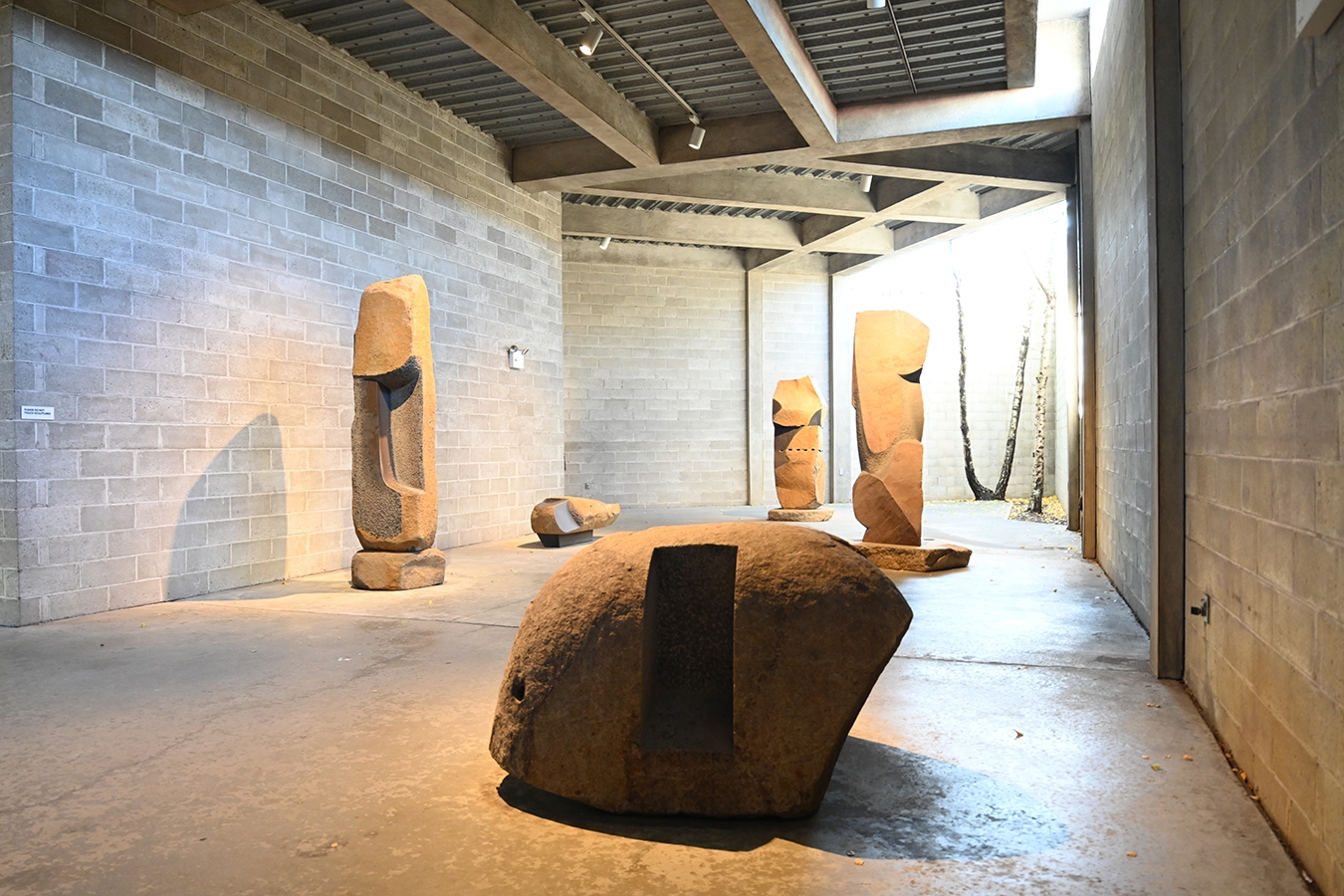 Nestled in a nondescript neighborhood, far from the centers of art that define New York’s cultural cartography, lies one of the most engaging museums in the five boroughs – the Noguchi Museum. Opened in 1985 by Isamu Noguchi, the museum houses sculptures, architectural models, and industrial and theatrical designs developed throughout Noguchi’s long career.

However, the museum doesn’t just house this incredible collection, it is also an extension of it. The former location of a photo-engraving factory, Noguchi and architect Shoji Sadao (who was also a business partner to Buckminster Fuller) thoroughly renovated the location, making the museum itself a part of the collection that it houses.

As a result, the delight of the museum is not just in the artifacts that it houses, but in how it reveals these artifacts through a series of orchestrated spatial strategies that open up the collection gradually to the visitor. This dynamic begins in the Sculpture Garden – a tall, partially open space defined by vertical barriers that not only frame Noguchi’s later monumental sculptural works, but also use parallax to create an observational sequence based on movement in time. Walking through this portion of the museum is like dancing with Noguchi’s sculptures, whose complete three-dimensional presence is fully expressed in relation to the surrounding architecture and art.

This Sculpture Garden, which is immediately outside the entrance, provides views into an open-air sculpture park, and into lower-level inner galleries. These galleries have an earthy quality, imparted by the material vocabulary from which they are comprised. The ceilings are composed of exposed joists, structural I-beams and the bottom of the wooden flooring for the upper level. The walls are painted brick, punctured by large metal-frame industrial windows; the floor a simple concrete slab. In places, the space contracts, moving between large, open galleries to small, intimate conditions where visitors can commune in near privacy with Noguchi’s works.

When Noguchi received a small grant to convert from Halogen to LED, they reached out to Litelab for help. We provided them with M97 and M98 LED fixtures for the Sculpture Garden portion of the museum, with the hope of helping them upgrade the interior spaces in the not too distant future. This updated LED lighting will help Noguchi save money on electricity and labor as they work to secure funding to update the rest of the museum.

Moving to the second level, the galleries become lighter; the floors are lightly finished hardwood, the ceilings and walls are painted white. Carefully placed light wells and windows bring natural light into the spaces, where ½ level rises create dramatic vistas over adjacent galleries, both opening and truncating views. The lightness of materials and finishes suggests symbolic associations with ascent and light. As in previous spaces, views are carefully framed to reveal and conceal, inviting visitors to peruse, like 19th century flaneurs, slowing down time and concentrating attention. Again, space moves from large and expansive galleries, to close, intimate nooks tucked away in the corners of space, like hidden treasure.

While the museum is formally subdued and emotionally quiet, it is also one of the most spatially complex venues that I have personally ever visited, with the possible exception of the best of Frank Lloyd Wright’s residences. Spaces play off of one another, intersect, diverge, frame views of art, space and art in space, gently guide the visitor’s movement to summon a sense of exploration, or staying movement to invoke contemplation.

Looking For A Custom Lighting Solution?